A few faces to become familiar with 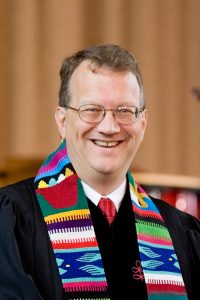 The Rev. Dr. David B. McCarthy

The Rev. Dr.  David B. McCarthy

The Rev. Dr. David B. McCarthy comes to us from Hastings, Nebraska, where he served as Professor of Religion and Chaplain at Hastings College, and as Pastor for the Second Presbyterian Church in Hastings. Before coming to Hastings, David served churches in New York and North Carolina, and taught at Harvard and Duke University. He has written over thirty book chapters and articles and has served the Presbyterian Church (USA) in a variety of capacities; including a term as the Moderator of the Presbytery of Central Nebraska, and three years as Chair of the Ecclesiastical Relations Committee of the Synod of Lakes and Prairies. Fluent in French, he spent a sabbatical semester in 2010 as a volunteer pastor in the French Reformed Church of Toulouse, France, where he preached, taught, and provided pastoral care in French. He is interested in the diverse history of Christianity, ranging from the first to the twenty-first century, and he is currently working on several encyclopedia articles for Oxford University Press’s African American National Biography. David is an avid reader who also appreciates music and travel.

David first visited IPC several years ago when his daughter Julie spent her spring semester in Brussels (where she met her Bruxellois husband Benjamin Moortgat). David’s wife Joan continues to live in Nebraska, where she serves as Director of Career and Employment Services at the Central Community College in Grand Island, Nebraska. Joan and David have two daughters, Julie and Laura, who live in Little Rock, Arkansas, and Omaha, Nebraska.

William is the Chair of our Church Council. He also manages our weekly Worship Leaders and truly enjoys the international character of our congregation. A native of San Francisco, but in Belgium now for 35 years, William works from Brussels in the payment industry. He and his Belgian wife Leen have three children and live in an old farmhouse in the Payottenland. 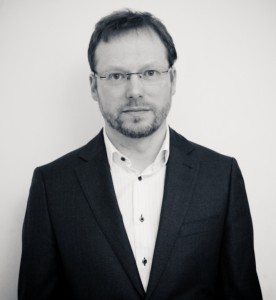 Philippe Jonckheere is our Pianist and Organist.

Born in Ixelles, Philippe studied music at the Antwerp Conservatory in the class of Pascal Sigrist.

He then delved deeper into the accompaniment of singers in the ‘Lied’ class of Werner Van Mechelen & Josef de Beenhouwer.

Philippe teaches piano privately and plays as an accompanist and chamber-music player.